The new face of Al-Badr and Al-Shams

Baloch Nation is fighting the war of independence against the Punjabi occupiers for last 8 years. Pakistan having the eighth largest army in the world had so far failed to crush the Genuine Baloch resistance Forces and therefore had adopted its tactics that it used in Bengal during the Bengali liberation movement. i.e. Pakistan’s notorious intelligence agencies had started creating new version of Al-Badr and Al-Shams (http://balochistanwatch.blogspot.com/2010/07/little-background-of-al-badar-and-al.html) with the names like :

• Fighting against Nationalist force who will demand for the liberation of Balochistan.
• Targeting the people who will participate in any protest/gathering held by BNF, BNP and BSO.
• Targeting any journalist who will post the news of BNF, BLA, BLF and BRA.

This organization had so far claimed responsibility for the follow main activities so far:
Who is Behind Baloch Muslha Defai Tanzeem:
Shafique Mengal son of PML (Q) Senetor Naseer Mengal is said to be Behind this shadowy organization funded and supported by Pakistani army and Intelligence agencies. Shafique Mengal is said to have gathered support from drug mafia from different parts of Balochistan for the said purpose. The Drug Mafia is working supporting financially and materially due to the strong stance of Baloch Liberation Front and Baloch Liberation army about drug trafficking and Drug trafficker .
Baloch Ghairatmand Tanzeem

This organization claims to struggle for the implementation of thaliban style Sharia in Balochistan, and for the said purpose this shadowy organization distributed pamphlets in Dalbandin, Kalat and Mastung etc threatening to throw acid over the Baloch Women who will leave their house for work or shopping or protests etc. This group attacked minor Baloch Girls in Dalbandin and Kalat resulting in the serious injuries for 2 sisters in dalbandin and three in Kalat.
The Main Purpose for which the ISI/MI created this organization is to threaten and execute the Leaders and members of Baloch Women Panel and BSO Women wing.
The suspects behind this organization are not know to Balochistan Watch Team yet therefore we can’t figure out the people behind it.
Tribal Bijrani Levis Force

Pakistani intelligence agencies with the help its agents like Razik Bugti and Asad-ur-Rehman suceded in making rifts among Marri tribes. Hence the former Commander of BPLF Mir Hazar Khan changed sides from Baloch nation to the paid employee of Pakistan Army an
d provided 1000 armed men to Pakistan army to be used against Baloch Freedom fighters and protecting the non-Baloch contractors exploring the Chamalang coal mines. The main activities and achievements of this force include:

In 2006 Pakistan sponsored tribal Jirga comprising of Bugti tribal elders
belonging to anti Nawab Bugti clans gave a decision of abolishing Sardari System. Within a week Nawab Bugti was martyred and till 2009 the Bugti tribe was without any former Nawab and the sons and grandsons of Nawab Bugti were busy in a tug of war for succession. During this period Nawabzada Aali Bugti compromised with the Pakistani agencies and hence the same Jirga which abolished Sardari System appointed Aali as Nawab of the Bugti Tribe. Like every other treaty Nawab Asli also had to pay a price so he made a tribal armed force to combat the Baloch freedom fighters. As a result Pakistani army provide training, funds and logistic support to Nawabzada Aali lead tribal force to spy, kidnap, assassinate and torture anyone they suspect has ties with freedom fighters.
Posted by Reporter at 12:26 AM 2 comments:

Little Background of Al-Badar and Al-Shams 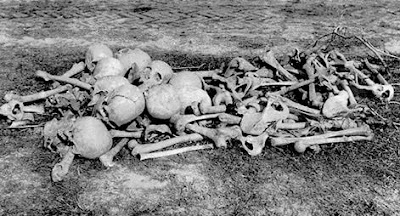 The Al-Badr was the paramilitary wing of the Jamaat-e-Islami in Bangladesh (then East Pakistan) that earned infamy for its collaboration with the Pakistan Army against the Bengali nationalist movement in the Bangladesh Liberation War. The group is blamed for organising the mass killings of Bengali civilians, religious and ethnic minorities. The group is identified as one of the leading perpetrators of the 1971 killing of Bengali intellectuals. The present chief of the Jamaat, Maulana Motiur Rahman Nizami headed the Al-Badr organisation as the all-Pakistan Commander in Chief during the war. The group was banned by the independent government of Bangladesh, but most of its members had fled the country during and after the Indo-Pakistani War of 1971, which led to Bangladesh's independence.

On 25 March 1971, after beginning the Bangladesh Liberation War, Pakistani military forces required military support from Bengali supporters who still wanted to live with Pakistan, or did not like Indian interaction in the movement; as well as the non-Bengali muhajirs in order to abolish the independence fighters of Bangladesh, the Mukti Bahini, Hemayet Bahini and Kaderiya Bahini. The Al Badar were formed to detect these independence fighters and to have guides as well as co-fighters who were familiar with the local terrain.

The force was composed of madrasa students-teachers, Bengali supporters of Muslim League and Jamaat E Islami, and muhajirs coming from non-Bengali part of India.

There were three type of Paramilitary forces Pakistan formed,

1. Razakars: refuges who came from other parts of India during separation of India and Pakistan, and setteled in East PAkistan.
2. Al-Badar: Bengali Muslim Students from Colleges, universities and madrasah, who were loyal to Jamat-e-islami.
3. Al-Shams: Bengali Madrasah Students, teachers & supporters of islamic parties other than Jamat-E-Islami (these smaller parties included Nejam-e-Islami and various factions of Muslim League).

Al-Badar was very organized para military force among those three forces, they had their own hirarchy of organization & reporting system.

The Al-Shams was a paramilitary wing of several Islamist parties in Bangladesh (then East Pakistan), that with the Pakistan Army and the Al-Badr, is held responsible for conducting a mass killing campaign against Bengali nationalists, civilians, religious and ethnic minorities in the Bangladesh Liberation War. The group was banned by the independent government of Bangladesh, but most of its members had fled the country during and after the Indo-Pakistani War of 1971, which led to Bangladesh's independence.

Very little is known about the structure and composition of the group. Newspaper coverage from that period indicates that it was an organ of the razakar para-military force. Jamaat-e-Islami was the largest Islamic party in Pakistan at that time. It seems that other Islamic factions, including Nezam-e-Islami and Muslim League, established the Al-Shams (meaning "the Sun"), as a response to Jamaat-e-Islami's strong influence on the military junta. Jamaat's paramilitary, Al-Badr, was a close ally of the occupation army, and Al-Shams wanted to compete for that status.

The Al Badar were assigned a variety of combat and non-combat tasks including:

Posted by Reporter at 3:33 AM No comments: