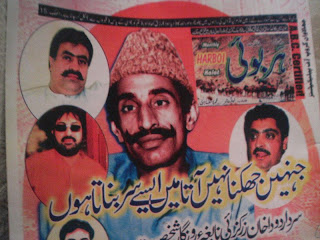 Sardar Doda Khan Zehri became the Sardar of Zehri tribe after the martyrdom of the Nawab Nouroz Khan and his sons; Doda Khan was cousin of Nawab Nouroz Khan. He came into focus during the “NAP” Government when he with the help of Bhutto regime and Pakistani army waged a war support Jamoots against Mengals, and after the NAP Govt; was dismissed by Bhutto and a brutal military operation was startet in Baluchistan especially against Mengal and Marri tribes. Doda Khan used the opportunity and helped the Baloch enemies in order to get money and support from Pakistan against Sardar Ataullah mengal and other Balochs who were fighting for the liberation of Balochistan. Once Doda Khan confessed that “If I have any value in the eyes of enemies it’s because of Sardar Ataullah Khans stance for the rights of Balochs, if Sardar Ataullah stops fighting for the rights of Balochs, I will lose my attraction”. 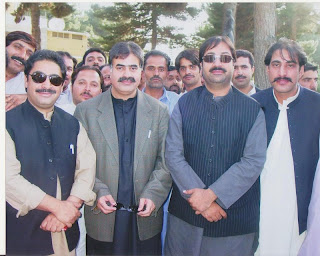 Doda Khan also started collecting taxes and established a parallel government in his area in order to weaken the NAP government and provide an excuse to the federal government for dissolving the Baluchistan government. As the topic of the article suggests, after Doda Khan’s Death his sons kept his legacy and proved themselves loyal servents of Pakistani establishment and in return enjoyed ministries, wealth and power. Murders of the poor peasants, rape and kidnapping of poor girls of their tribe and illegal occupation of the lands of the peasants of their tribe are common crimes Sardar Doda Khan’s sons have been committing. They did not even spare their own Elder brother Rasool Bakhsh Zehri that is why they today at war with Doda Khan Junior the son of Rasool Baksh Zehri. Three Sons of Sardar Doda Khan namely Sardar Sana ullah Zehri, Sardar Israr Zehri, and Sardar Zafar Zehri are quite famous and are into news most of the time for different reasons. 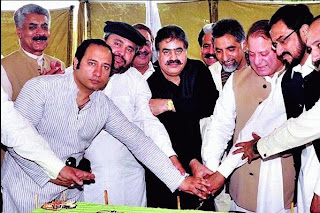 Sardar Sana ullah Zehri: Sardar Sanaullah Zehri is the eldest son of Sardar Doda Khan; he is head of Zehri Tribe, chief of Jhalawan, a Minister in Provincial Government and leader of pro Punjab PML (N).

He has a long history of changing loyalties and creating rifts in different political parties that he joined from time to time. He used to be part of National Party, but when National Party announced to boycott the 2008 elections to appease ARD. Sanaullah Zehri made his own National Party parliamentarian. Source close to him say that he has direct links with GHQ Rawal Pindi and is a trusted man of Pakistan military.

Now that he realized that the next governing party in Pakistan might be the PML – N (Pakistan Muslim League –Nawaz Sharif), he jumped from being a Baluch Nationalist and become a Punjabi Nationalist. PML-N is a pure Punjabi and pro-Islamic extremist party. Their leader Nawaz Sharif had and (many people believe still have) close links with the leader of Al-Qaeeda Mr. Osama Bin Laden. It was the government of PML –N that has tested the deadliest nuclear bombs in Baluchistan, the after affects of which still continue to exist in Baluchistan in shape of different lethal dieses. PML – N’s student wing has attacked Baluch students several time and many of the Baluch students suffered serious injuries at the hand of this party. 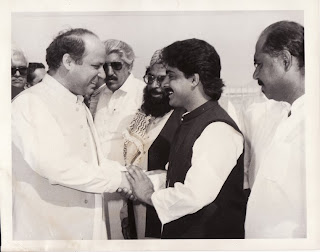 Israr Ullah Zehri: Nawabzada Mir Israr Ullah Khan Zehri is currently Pakistan's Federal Minister for Postal Services. He hails from Jhalawan, Balochistan and is president of Balochistan National Party Awami. He became a member of the Senate of Pakistan in March 2006, with his term set to expire in 2012.

Zehri is a tribal leader, and has come under spotlight and heavy criticism both inside and outside Pakistan for openly supporting the traditional tribal practice of 'honor killing', but in a distorted vague manner. In August 2008, a report of the Asian Human Rights Commission alleged that five women (including three teenagers) in a remote village in Balochistan had been beaten, shot and buried alive in a ditch for the 'crime' of having wished to choose their own husbands. After human rights activists brought the case to national and international attention, Zehri defended the killings in Parliament and asked his fellow legislators not to make a fuss about the incident. He said, "These are centuries-old traditions, and I will continue to defend them. Only those who indulge in immoral acts should be afraid." It is a fact that honour killing is widely practiced in all over Pakistan and Baluchistan but Baluch traditions do not allow to burry anyone alive.

Israr Zehri did a blunder here and he played down the Baluch traditions. Similarly, in 1991 Israrullah Zahri backed the live burial of his own grandmother. Israrullah Zehri backed his elder brother Sanaullah Zehri to kill their eldest brother Rasool Bakhsh Zehri at the home of Nabi Bakhsh Zehri in Quetta in around 1990.

Beside this he is accused of many murders of his political opponents and peasants belonging to his own tribe. Like his brother he was responsible for the division of Balochistan National Party. He was in BNP and used to shout slogans in favor of Sardar Akther Mengal, but after the nuclear tests in Balochistan, Akther Mengal showed anger towards federal government and protested against the tests without taking him into confidence, though Akhtar Mengals protest started a bit too late because the damage had already been done, as chief Minister of Baluchistan he could have prevented it from happening but unfortunately, he chose to remain silent until the blast were actually carried out. After the atomic explosion on Baloch soil Amanullah Shahdainzai in one his columns even alleged that Akhtar Mengal drove Nawaz Sharif to the site of nuclear tests.

As a result the Pakistani establishment sought to punish Akther Mengal and used his puppet Israr to play his role and break BNP, and so BNP AWAMI took birth. Akther mengal lost his government and became the barb of ISI’s eyes.

Israrullah Zehri owns around 50,000 acres of agricultural lands worth several billions of rupees, mostly in Balochistan. The Zehri brothers (Israrullah Zehri, Sanaullah Zehri and Zafarullah Zehri) are selling Baluch tribal lands as their own to private properties and to military for building cantonments in Khuzdar. 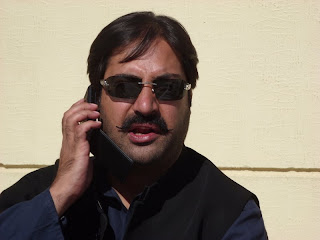 Zafar Zehri: Zafar Zheri is currently the Home Minister of Baluchistan, the same seat that Shoaib Nausherwani enjoyed once. He has become the most hated person in Baluchistan after announcing head money for the arrest of some already Baluch disappeared persons in early 2010. On several occasion he guaranteed that the Baluch disappeared persons will be released and reunite with their families but nothing happened. When Abdul Ghafar Langove was arrested he promised to his family that Mr.Ghaffar will be found and released within 24 hours but a almost a year has passed and Mr. Ghaffar along with thousands of Baluch sons are still missing. Baluch families are protesting in front of Quetta press, Mr Zafar as the Home Minister of Baluchistan doesn’t even bother to pay a visit to the protest camps.