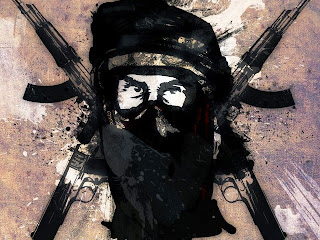 ISLAMABAD:
People in Kharotabad are living in constant fear of possible drone attacks in their neighbourhood, considering that over the past six months, the Afghan and local Taliban seemed to covet this part of Quetta as a veritable ‘vacation spot’.
Every four months, Taliban fighters return from war fronts in Afghanistan and rent out dozens of residential accommodations in this vicinity, The Express Tribune has learnt.
Their presence is becoming a major concern for people living in adjoining areas, especially because this is the same area where the US alleges the Quetta Shura is hiding out.
A few madrassahs in Kharotabad are also providing ‘free’ accommodation to these militants.
They move freely as if to defy invisible observers, who they think are keeping a watch over them, making it obvious to them that Kharotabad is a safe haven for the Taliban.
Creating an army
Students from religious seminaries in the province are being recruited for the Afghan Taliban movement, a dime a dozen. They are reportedly ‘trained for jihad’ in Afghanistan by Afghan ‘commanders’, before they are sent on designated terror missions.
At least six to eight new, unarmed recruits leave Kuchlak Bazar, located near Quetta, on brand new 75CC motorbikes every morning, headed towards Afghanistan.
They are, it is learnt, told to avoid travelling on main highways to dodge security forces and instead take lesser known mountainous routes via Kuchlak to Qamar Din Karez town on the Pak-Afghan border.
They also avoid travelling in groups – two persons per motorbike. They are also given Rs5,000 each, in addition to sufficient money for fuel.
A majority of these boys join Taliban with their parent’s consent, while many others embark on this ‘holy mission’ without the knowledge of their guardians.
The ideology faction of the Jamiat Ulema-e-Islam (JUI), led by MNA Maulana Esmatullah and his party members, is a motivating force for these young students of Balochistan.
Mullah Omar’s messages to people in Pakistan and other parts of the world are also sent through Kandahar to Quetta.
Free medical care for war-wounded Taliban
The Afghan and local Taliban who are wounded during their missions in Afghanistan, are reportedly receiving free medical treatment at five prominent private hospitals, a majority of which are situated on the Airport Road.
The administration at these hospitals told The Express Tribune that an international NGO of world repute, funds their medical care.”We are being paid by this NGO for the medical care being provided to the wounded or sick Taliban militants,” the administrator at Dr Abdul Khaliq Memorial Hospital alleged.
The NGO does not allow the police or intelligence agencies access to these “under-treatment” Taliban. The NGO puts up a ‘don’t know’ front “We have not set up any field hospitals in Balochistan to provide medical assistance to the Afghan Taliban or other militants,” the NGO’s head of sub-delegation told The Express Tribune.
However, he said, the NGO is supporting three private hospitals in Quetta for providing medical assistance to wounded people. “Doctors at Ikram Hospital and Imdad Hospital are providing medical assistance to people injured in bomb blasts, firing incidents and other forms of violence.”
Hundreds of patients, mostly Afghans, receive treatment at these private hospitals in the provincial capital, he added.
(WITH ADDITIONAL REPORTING BY SHEHZAD BALOCH IN QUETTA)
Published in The Express Tribune, October 17th, 2011.
Posted by Reporter at 4:14 AM